I entered the school cafeteria with my brave I’m-not-really-a-volunteer-type-person-but-I-want-to-be face on. PTA? Ugh. Being one of “those” moms? Please. Not for me. Always put together with makeup and hair completely in place? Not hardly – even if I wanted to be! 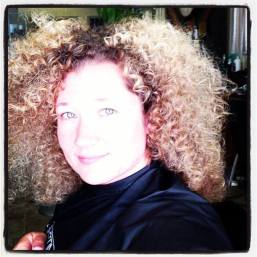 I do not have the hair to pull off being one of those moms. Think Christina Applegate’s character in the film Bad Moms. Plus – I’m just not that good at pretending. I’ll take real and authentic any day.

I was shown how to ring up purchases at the school book fair, where things were and we were off and running. A couple of the volunteers were chatting about their kids, life, and some family dynamics. Then they came to the subject of one of their son-in-laws.

“But is he a good person? Does he love your daughter?” the one volunteer asked the other.

“Yes, but…” the other hesitated, then continued, “Basically – we think he’s autistic,” she said laughing. “He’s so abnormal. Just weird…and awkward…”

And that’s where I stopped listening. I figured it would happen eventually. Heck, if a presidential candidate thinks it’s okay to mock people…why would it be a big deal? I guess I just wasn’t prepared for someone to say it like that, in a school setting where there are likely far more spectrum kids than just mine. Never mind the fact that I had only met these women 30 minutes prior.

I had visions of being snarky and speaking up, but I didn’t. Should I have? Perhaps. I still had 90 minutes of a shift left so selfishly I chose to be quiet and remove myself from the conversation.

We sold books to kids, we straightened and organized. I volunteered and got out of my comfort zone. My retail and banking skills came right back. I came back the next day and volunteered some more.

It is inevitable. People are going to speak without thinking – myself very much included. Sometimes if just kind of sucks.